Thalamic atrophy in MS has been consistently associated with disability and cognitive impairment (CI). The thalamus is a major brain network hub, widely functionally connected with the cortex. It remains unclear, however, whether the highly dynamic thalamus exhibits altered thalamo-cortical dynamics in MS patients with CI. This study investigated the dynamics of thalamic connectivity states in MS patients with different levels of cognitive impairment. 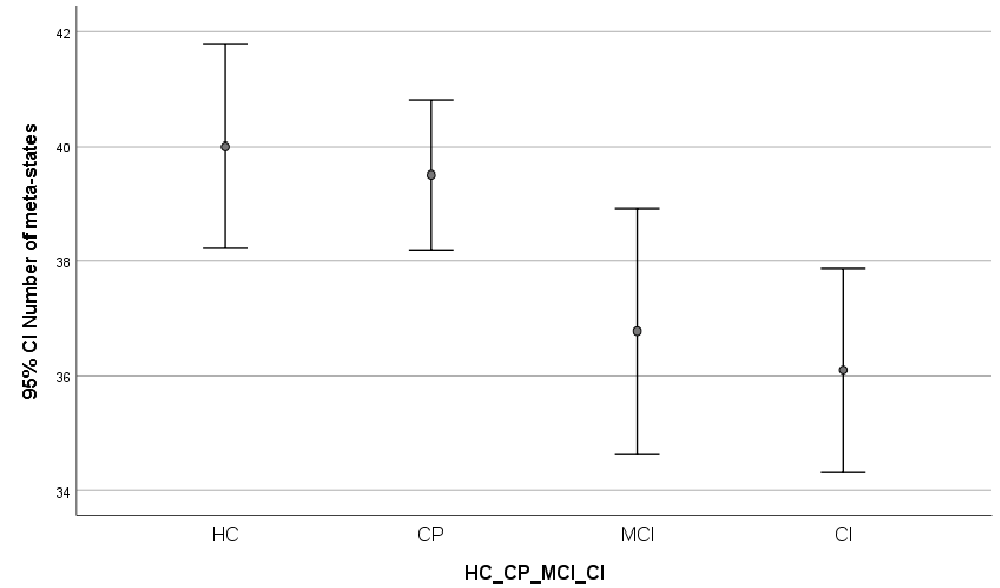 ·Number of meta-states across groups

The thalamus shows reduced state dynamics in MS in the form of fewer switches between states and an increased time spent in a state of generalized low thalamo-cortical connectivity. These thalamic changes were most prominent in patients with cognitive impairment, underlining the dysfunction of this important hub structure in MS.