The sense of touch is fundamental to our perception of reality. Critically, with advancing age, tactile abilities adapt. Lately, healthy aging has been linked to cortical myelin plasticity (Callaghan 2014, Grydeland 2019), but little is known on how this relates to functional cortex organization (e.g., body topography, resting-state connectivity) and tactile behavior. It has been suggested that layer-specific variation in myelin reflects functional specializations of the local cortical architecture (Nieuwenhuys 2013). However, prior in-vivo studies on age-related myeloarchitecture mainly described the cortex as a two-dimensional sheet. Recent advances in magnetic resonance imaging at 7 Tesla (7T-MRI) offer the possibility to study layer-specific myeloarchitecture in humans in-vivo (Kuehn 2017). Here, we targeted the questions of how myeloarchitecture of the human primary somatosensory cortex (S1) hand area varies with respect to cortical layers and age and how variation in layer-specific myelin relates to resting-state connectivity and tactile behavior. 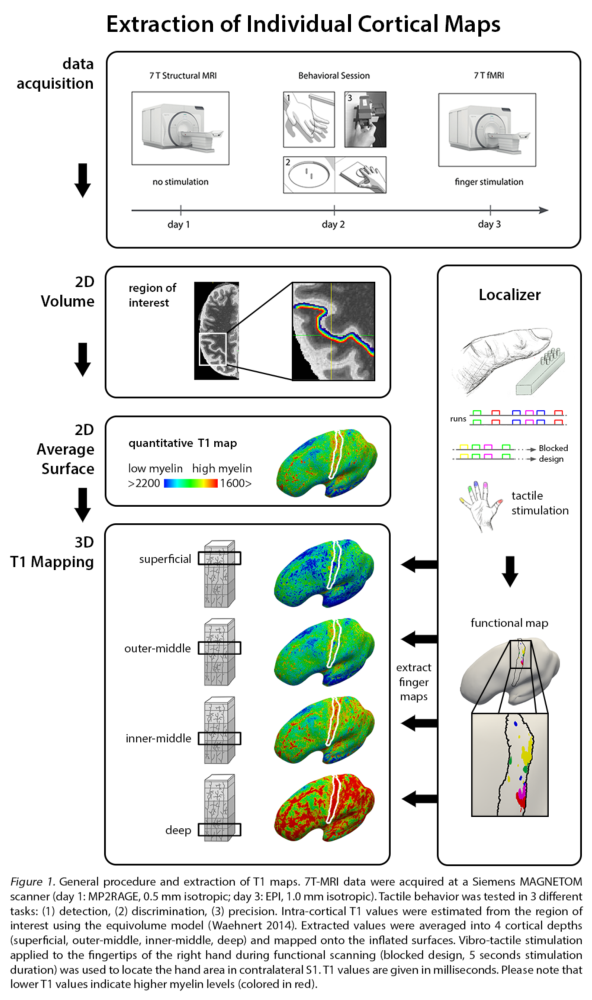 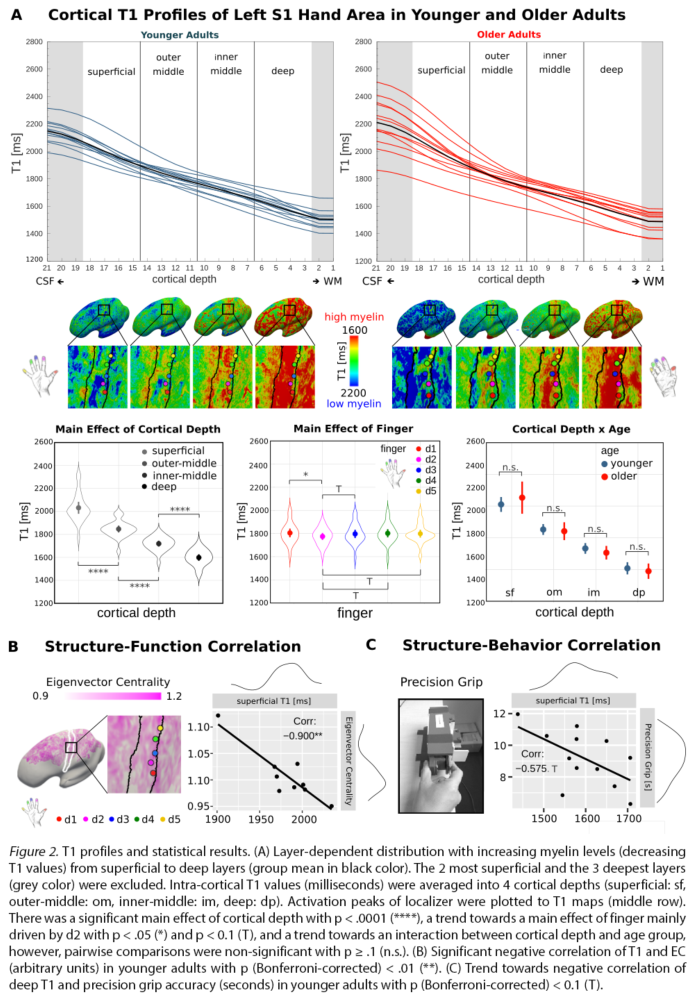 Layer-specific qT1 mapping in younger and older adults suggests that myeloarchitecture of the S1 hand area is inhomogeneous and varies with respect to cortical depth and functional topography (independent of age). Particularly, the index finger appears to have a special role, most likely being preserved in older age. Our data also indicate that layer-specific myelin variation is related to distinctive widespread resting-state connectivity (related to superficial qT1) and phenotypes of behavior involving precise sensorimotor control (related to deep qT1).